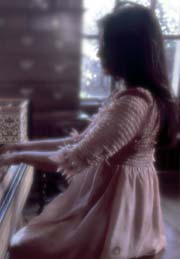 Elizabethan men were just as vain and sensitive as guys today but without the (admittedly medieval sounding) ability to inject bits of dead cow into their face to look younger. The men were particularly sensitive about their hair and, no doubt, their outward show of virility, which is why those wealthy enough usually did something typically male and menopausal about it.
A nobleman of above average age might take a beautiful young mistress as a symbol of his abiding power and virility. The ambitious young woman who would accept this role would be given semi-official status at court. 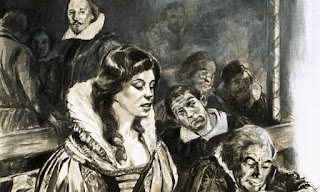 Born in 1570, Emilia Lanier was a clearly striking young woman who stood out from the crowd in pasty faced London by account of her dark skin and hair. She probably found herself obliged to be the "pretty woman" in her late teens. The illegitimate daughter of Baptiste Bassano, a Christianized Venetian Jew and one of the foremost musicians in King Henry VIII's court, Emilia was left without means upon her father's death.


Emilia became the mistress of the Lord Hunsdon, the patron of Shakespeare's theater company. But on becoming pregnant, an unavoidable but bad career move for a consort, she was married off for appearance's sake to another musician, Alfonso Lanier. Having learned a certain extravagance during her upbringing under the wing of the Countess of Kent, it is believed Emilia and Alfonso soon spent their way through her payoff of jewels and a pension. 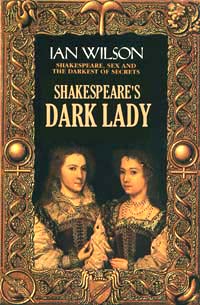 Emilia became a regular visitor to the surgery of Simon Foreman, a popular doctor/astrologer/analyst of his time and well-known in Shakespeare's theatrical circle. Here she would seek career advice for her husband in order to restore the family finances, seek reassurance that she would eventually become a Lady and, it seems, occasionally fall into Foreman's bed.
Foreman, the doctor with the slightly over-enthusiastic bedside manner, would later refer to her as an in Cuba - from the Latin incubate "to lie upon." A highbrow variation on calling her a "mattress" perhaps? His later ungracious predictions for her prosperity would also deem her unworthy of the advancement she so craved. Just one example of the strong emotions that this mysterious woman seemed to stir up in people.

So while Alfonso Lanier found himself accompanying the Earl of Essex to fight the Spanish and raid their treasure fleets, then enrolling with Sir Walter Raleigh's gentleman volunteers, i.e. dicing with death on a daily basis, Emilia became a familiar face at Court.
At this time, as Elizabeth I self-consciously aged, she surrounded herself with young and beautiful men and women. Commentators at the time paint the scene of an Elizabethan Playboy Mansion, and among these bright young things Emilia's sultry, exotic looks drew attention and helped her achieve the aristocratic attention she seemed to crave.
The case for Emilia Lanier being the mysterious Dark Lady in Shakespeare's sonnets is strong. But not conclusive...
For one, she was dark and on her way to becoming a lady. She also mixed in Shakespeare's circle – as Hundsons lover and Foreman's patient – and if she was as striking as she is painted then a largely heterosexual poet living away from his wife probably couldn't help but notice her. 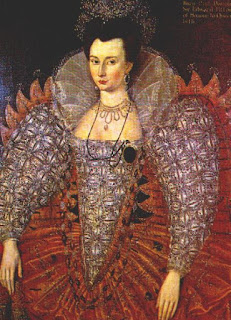 Comparing what we know of her with the Dark Lady of Shakespeare's sonnets, published in 1598, it is hard to imagine there being two such distinctive women in the poet's circle at this time. We know Shakespeare was 33 in 1597 – middle age for an Elizabethan – and feeling his mortality as well as the very deep grief of losing his only son and heir just a year earlier. From Emilia Lanier's point of view, Shakespeare, despite his current personal tragedy, was famous and seemingly going places.
A visit by death often has a habit of inspiring a greater hunger for life – like spring following winter. It looks as though, in the still searing depths of his grief and mid-life confusion, that Shakespeare may have broken his bed vow to his wife Anne Hathaway and indulged in an affair with Emilia.
The affair did him few favors, however, and he found himself caught jealously as the third player in a lover's triangle with Emilia and the much younger William Herbert. Though Shakespeare himself said "comparisons are odious," he seems to have had a crisis of confidence beside the splendor of Herbert, the boy he would so idolize in his sonnets. 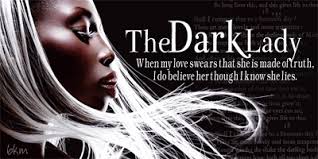 The affair may have awakened some deeply buried Catholic guilt, and certainly some sexual insecurities, and the language in some of the sonnets composed around 1597 and onwards is a dark blend of the vengeful, obsessive, pornographic, and to modern ears misogynistic. Shakespeare believes that he has betrayed his nobler side, and he may have taken from this brief relationship something altogether more troubling than the venereal disease he seems to allude to.
In 1597, Shakespeare would write "The Merchant of Venice," a not entirely sympathetic play about Jewish stereotypes - a regular scapegoat in Elizabethan London.
It is easy on this meager evidence to damn Emilia as a self serving flirt, but the reporting of the activities of this resourceful woman was from a wholly patriarchal – i.e. male – perspective. Men clearly liked the idea of sleeping with Emilia, and men who are rebuffed by a beautiful woman can be both childish and mean-spirited in their reaction to this.

Later in life, Emilia would exhibit some fierce proto-feminist credentials. She was the first woman in England to publish a volume of poetry, strong both in religious and humanist sentiment. In it she lectures women who are not loyal to other women, issues a manifesto for the rights of women, and has these words for the activities of men:

Forgetting they were born of woman, nourished of women, and that if it were not by the means of women they would be quite extinguished out of the world, and a final end of them all, do like vipers deface the wombles wherein they were bred.